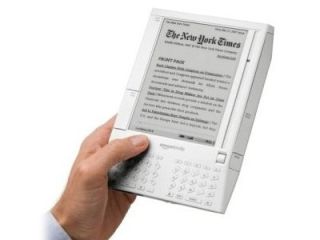 The Kindle will not offer particularly cheap books in the UK

We already knew Amazon would be making the Kindle e-book reader available at a premium in the UK later this month, but we had no notion it would come with a surcharge on the books as well.

In other words, early adopters in the UK will have to pay 40 per cent more than American residents who download the same book. The levy comes on top of the $45 (£28) 'import deposit' Amazon is charging for the Kindle itself.

While there's no official explanation for the price discrepancy, it's likely that international roaming charges on AT&T's US network are at least part of the reason users across the Atlantic will be paying more.

Because Amazon has no wireless partners for Kindle downloads outside the US, any hardware shipped to the UK will come with an American SIM card, resulting in high roaming charges on each purchase delivered wirelessly.