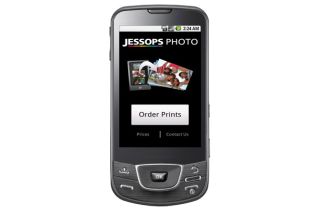 Jessops has introduced a new photography app for Android users.

With the new app, users are able to browse their phone's photo albums and choose their favourites to print and have delivered to their door in either 6x4 or 7x5 inch formats.

This is the first app to appear on the Android Market from Jessops, who introduced an iPhone app earlier in the year which allows users to order a printed iPhone shaped photo album made up of 12 photos.

Currently on the Android Market there are lots of photo sharing and wireless photo printing apps for home printers, but Jessops appears to be the first UK high street brand to offer a photo print ordering service.

Order from your phone

With some Android phones now boasting high megapixel cameras, such as the Samsung Galaxy S2 which is equipped with an 8MP camera and LED flash, having the ability to order prints directly from a phone saves you the bother of downloading photos to your computer, or visiting a photo printing machine in a high street store.

Photographers can also edit phone photos on the move with myriad photo editing Android Apps currently available in the Market, such as Photoshop Express and TouchRetouch.

The new Jessops Photo Android App is available free from the Android Market. For more information, visit the Jessops website.