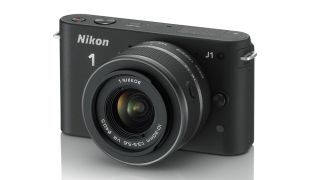 Can the already established Nikon 1 system go up against the Canon EOS M?

Canon and Nikon are the largest camera manufacturers in the world, but they were also the last to join the ever expanding CSC market. How do their two systems match up?

After months of speculation, the Canon compact system camera, the Canon M, is finally here. In many respects it's just a smaller version of the EOS 650D, which was announced earlier in the year.

However, for many the natural competitor for the camera will be the Nikon 1 system, which was announced in September last year. Here's how the key stats match up.

The size of the sensor was the feature most speculated about in the run-up to the EOS M announcement. Now it's here, we know it's an APS-C device, the same 18 million pixel device which is found in the EOS 650D.

On the other end of the scale, the Nikon 1 system uses a small, one-inch size sensor with 10.1 million pixels. It seems Nikon included a smaller sensor in order to create more of a difference between its CSCs and DSLRs and to keep the body size down.

With the small sensor, lenses mounted to a Nikon 1 system have a crop factor of 2.7x, meaning the standard 10-30mm kit lens has an equivalent focal length of 27-81mm.

On the other hand, the EOS M system has the same 1.6x crop factor as its other enthusiast and entry level DSLR cameras, so the standard 18-55mm kit lens offers an equivalent of 28.8-88mm.

Both the EOS M and Nikon 1 introduced new mounts, the Canon EF-M and Nikon 1, to their manufacturer's range. For Canon it's the EF-M and for Nikon the Nikon 1. Neither mount is compatible with existing optics, but both manufacturers offer an adapter for attaching existing DSLR lenses.

For now though, Nikon has the greater number of proprietary lenses available. A 10-30mm is bundled with the camera as standard, while there is also a 10mm pancake, a 30-110mm zoom lens and a 10-100mm "superzoom".

Canon has launched just two new lenses for the EOS M, an EF-M 18-55mm standard kit lens, and an EF-M 22mm f/2.0 pancake lens. It's worth pointing out that the 22mm has an equivalent focal length of 35mm, making it particularly appealing to street photographers and making it a good competitor to the Fuji X100 fixed length, large sensor premium compact.

Both cameras use the latest iteration of their manufacturers' image processor, which is Digic 5 for Canon or Expeed 3 for Nikon. Both say that this can deliver low noise in high sensitivity situations, and both can deliver full HD video recording at a variety of frame rates.

This kind of autofocus system provides the benefits of both phase detection and contrast detection.

Taking the same screen as the 650D, the EOS M features a 1040k dot touchscreen which can be used to control key parameters and set autofocus points, and even deploy the shutter.

The Nikon 1 J1 has a relatively low resolution screen of 460k dots, while the V1 has a 921k dot screen. Neither camera is a touch sensitive device though.

In order to keep the size of the camera down, Canon has decided not to include a inbuilt flash on the EOS M. Instead, a small flash which can be attached on the hotshoe will come included in the box. With a Guide Number of 9, it's not quite as powerful as those found on standard entry-level DSLRs.