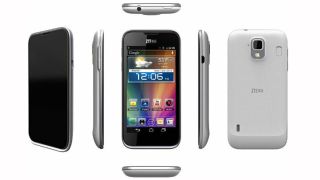 Tizen next up for world's fourth largest phone manufacturer

ZTE has told TechRadar it is working with a third party on another mobile OS to join Windows Phone and Android in its portfolio.

Speaking at the UK launch of the Grand X, ZTE's director of mobile device operations Wu Sa confirmed that in addition to its Windows Phone and Android phones, the manufacturer was researching other options.

Although Sa refused to be drawn on which platform this might be, he was keen to state the company was looking at alternative platforms as there could be space to thrive alongside Android's smartphone dominance.

"We are excited and intrigued to participate in, if not drive, the alternative choice for the consumers. I'm trying to refrain from mentioning a specific platform, because consumers are not buying a platform, they're buying an experience.

"We are here to give them an alternative experience to Android, if we think it's the right thing to do."

Sa pointed out that the company's tie in with Microsoft for Windows Phone has yielded both benefit and pressure, through being able to work with vendors such as Nokia, but ZTE is also keeping an open mind when it comes to other options.

The most likely option is the new Tizen OS being developed by Intel, with ZTE previously stating it would be looking to release an Intel-powered phone in the future.

"Our R&D team is also working with a third party on another alternative platform," added Sa.

"Ultimately, when it comes to deciding what will be announced and released to market, it's important to link that with market demand.

"We also recognise that we're not Apple and can't just create a platform and launch it. We have to be very careful and listen to market demand, and launch the platform that supports it."