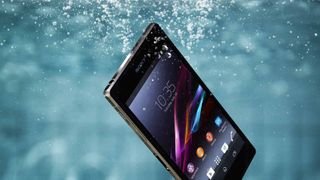 If it bares any more it'll become a public offence

It seems like the Sony Xperia Z2 just can't keep itself out of the pre-MWC 2014 limelight with a second video showing off the handset in all its glory.

A much shorter video popped up only a few days ago, claiming to show the Sony Xperia Sirius D6503 in action, but this time round we get to see more of the handset.

Both videos were published by Rimas Flyil, so we can't make any direct comparisons for authenticity, although there's a good chance that we're looking at the real thing.

At the end it highlights just how far Sony has come in terms of fixing the viewing angles that we found to be particularly poor on the Xperia Z1.

Design wise it appears little has changed from the Xperia Z1 with the standard Sony waterproofed ports all in order, including that microSD slot, but the speaker at the base is now three dots rather than a long bar fitting in with previously leaked photos.

Running Android 4.4.2 KitKat also means that Sony's UI has been tweaked and now takes a few hints from Samsung's TouchWiz; a simplified home mode as well as smart gestures that allow you to answer a call just by putting the phone to your face.

The video also shows that the Xperia Z2 will come with the same 20.7MP camera that was present on both the Xperia Z1 and Z1 Compact and the camera app appears to have been given even more attention.

This attention means fancy new modes; the much rumored 4K recording makes an appearance again, as does Motiongraph, which allows for the creation of GIFs as on the Galaxy S4.

Background defocus will "take photos with beautiful background blur like a DSLR camera" while CamScanner claims to turn the Xperia Z2 into a mobile document scanner.

We could be set to see the Sony Xperia Z2 debut at MWC 2014 next week, so keep your eyes peeled here for the full scoop.