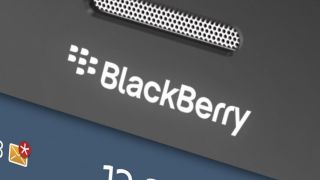 Don't be a Kopi cat

It's no secret that BlackBerry isn't having the best of times at the moment, but news of the potentially budget BlackBerry Kopi could ease the pain slightly - although like everything from the Canadian firm recently it's rather late.

Details and photos of the Kopi were passed to BGR from a "close source", and it will apparently slide in beneath the BlackBerry Q5 handset the firm launched back in May.

According to the report, the Kopi will actually have a faster processor than the Q5, but misses out on 4G connectivity. There's a win for battery fanatics however, as the Kopi will have a removable power pack - like the higher end Q10 and Z10.

A screengrab supposedly taken from the Kopi reveals it's running the latest version of the firm's new BlackBerry 10 operating system - v10.2.

Too cheap, too late?

In terms of design it appears from the leaked photos that the BlackBerry Kopi isn't that dissimilar to the Q5, with a chunky plastic case and bezel-heavy front encompassing the firm's famous QWERTY keyboard.

There's no word on a potential Kopi release date or price, and with BlackBerry in such an unstable position at this moment in time it may not see the light of day.

A cheap BlackBerry 10 handset was really needed at launch to encourage the kids rocking cut-price Curves to upgrade to another BB handset, instead of making the switch to a low price Android or Windows Phone device.

BlackBerry is currently beginning to roll out its larger Z30 handset, but with reports suggesting another handset - dubbed the Americano - is also on the way, the Canadian firm may be biting off more that it can chew in this tricky period of transition.