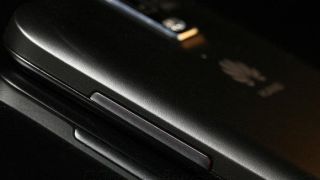 Renowned leaker Evan Blass, aka @evleaks, has posted what he claims are the impressive specs of Huawei's upcoming Nexus device.

Although LG is also apparently creating a Nexus device (rumoured to be the Nexus 5 2015), Huawei has also been rumoured to be working with Google to create a larger phablet-sized Nexus as the follow-up to last year's Nexus 6.

According to @evleaks' tweet, the Huawei Nexus will indeed be a phablet device, with a large 5.7-inch screen and QHD (1440 x 2560). This is slightly smaller than the Nexus 6's 5.96-inch display, but with the same resolution, leading to a higher pixel density.

It's also claimed that Huawei's Nexus device will come with a built-in fingerprint scanner, allowing you to unlock the phone with just a touch.

Because it is a Nexus device it will be a showcase for Android M – Google's latest version of its mobile operating system – and it's been rumoured that it will include fingerprint support natively, so we wouldn't be too surprised to see that feature here.

Considering the 140 character limit of Twitter, @evleaks actually packs in quite a bit of information into the tweet, as it also states the Huawei Nexus will come with a metal body, SnapDragon 820 chip, and will launch in the fourth quarter of this year.

So, with a large high-res screen and a brand new top-of-the-line processor, the Huawei Nexus could be one hell of a smartphone. @evleaks has a history of being bang on the money, so here's hoping.