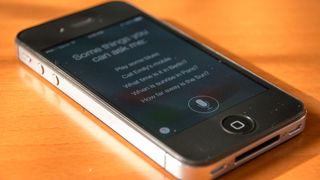 Siri can do what you ask of her, but how about more that that?

Apple might be feeling some pressure from Cortana's big reveal at Microsoft Build as it's bought a speech recognition pioneer to help improve Siri.

Before the acquisition, the Novauris team was already working on its own large vocabulary, automatic speech recognition technology to access information stored on mobile devices or remote servers.

This same system is likely being integrated into Siri for an improved version we might see come with iOS 8 at WWDC 2014.

Apple confirmed it did purchase Novauris with TechCrunch, however the iPhone maker noted, per usual, that it buys smaller technology companies from time to time but has no interest in discussing the purpose or plans behind the acquisition.

What comes from Apple bulking up its team of voice recognition experts remains uncertain, but it's becoming clear that Apple's virtual assistant is lagging behind the competition.

With Google Now on Android and now Cortana on Windows Phone 8.1, it's becoming clear a digital assistant needs to do more than understand a voice commands and reply with punchy one-liners. The software also needs to learn to adapt to schedules and lifestyles.

Google Now cards already predict information you need ahead of time such as commuting times and spotting restaurants around the corner.

Cortana, meanwhile, made its debut overshadowing Windows Phone 8.1 with its ability to plug into third-party apps – an ability Siri doesn't have.