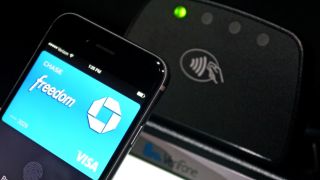 Apple Pay is in the firing line.

Criminals in the US are targeting Apple Pay to carry out fraudulent transactions for high-value goods, a report in the Guardian says. The problem lies not in Apple Pay itself but in the way banks verify owners of a new iDevice.

Users have to confirm their identity before connecting a credit or debit card to Apple Pay, and apparently the identity checks have not been stringent enough - so robbers are setting up new iPhones with stolen cards and then going on a shopping spree.

Industry sources say the cost of the deception already runs into the millions of dollars. "Banks have been caught by surprise by the level of fraud," writes the Guardian, which goes on to say they're "scrambling" to prevent the problem running out of control.

It needs to be notes that the charlatans haven't broken into the Apple Pay system or managed to fake fingerprints on Touch ID - but they are finding it all too simple to connect a stolen credit or debit card with the Apple payments platform.

It therefore seems to be down to the US banks to add extra layers of authentication to make sure you are who you say you are when you set up a new payment method.

Apple Pay launched in the US in October. The system is scheduled to roll out in the UK at some point during 2015, but according to the experts the Guardian spoke to, the process of adding cards will be much more secure over here than it is in the US. "Banks are always reviewing and improving their approval process, which varies by bank," commented an Apple spokesman.