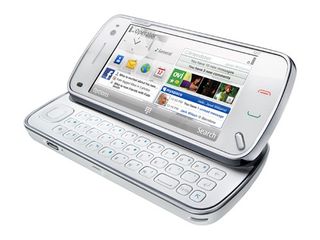 MSN Music on all the latest handsets

Microsoft has finally decided that music is viable on the mobile, and has launched MSN mobile to let you download the tracks you love.

Available in three formats: full track, music video or RealTone, users can buy the tracks either via their monthly bill or using the credit purchased on pre-pay for the sprightly sums of £1.50, £2 or £3 respectively.

Having never dabbled in the highly profitable ringtone market before, we had a bit of trouble finding out the difference between a full track and RealTone. And we're shocked that it costs twice as much to have just a section of a song... but, of course, it's about giving consumers what they want.

The music is provided from record labels such as Sony, EMI and Warner, so there'll be a good range to choose from. The catalogue will have 1 million tracks, 25,000 Realtones and 10,000 music videos to begin with.

The service, which will be available from all network operators, is to be accessible via pointing a browser to www.msn.co.uk and selecting the music service. However, each track comes with its own DRM, so don't go thinking you can pop them on other devices.

"With over 130 handsets having access to the music store from day one, this is an exciting proposition that for the first time provides consumers a network agnostic service with a vast array of new and old music from major music labels," said Hugh Griffiths, Director of MSN Mobile UK.

"In the 12 months since launch, MSN Mobile has already become the UK's largest commercial non-operator mobile portal. This is another step in its development"