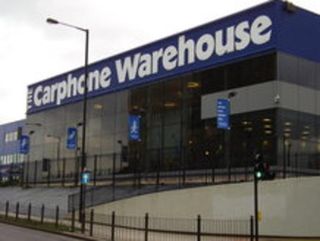 The Carphone Warehouse: revenues up

It might be all doom and gloom on the high street, but apparently that hasn't stopped the general public's love of shiny new toys; the Carphone Warehouse is showing their revenues have climbed 13 per cent in the last year.

This means Europe's largest independent mobile phone retailer (not a title to be sniffed at) posted revenue of just over £1 billion (and we mean just, we're talking £1.01 billion), which is partly due to strong sales in the prepay market during Christmas.

That's slightly bad news for the credit crunch haters, because it means that getting locked into a long-term contract just to get a new phone has become less appealing. Still, it pays to remember the clarion motto infant schools teach to children: a higher than 10 per cent revenue growth year on year is excellent business.

But it's not all good news for TCW, with the company warning that it expects 'weaker trading conditions' to carry on in 2009. However, it did state it was focused on controlling costs and generating cash.

The TalkTalk group didn't fare as well: two per cent revenue declines are never good. Given the 'weaker trading conditions' we mentioned earlier though, perhaps it's overly harsh to be negative.

However, TCW expects its service to snaffle up all the customers looking for cheap broadband in 2009 (the 'cost-conscious' in corporate speak) and showed it had added 36,000 new connections in the last quarter of 2008.

If we've learned just one thing from TCW today, it's this: people like to be connected.