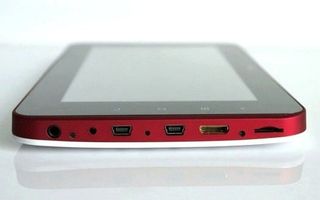 Details of the Spark Linux-based tablet have emerged which actively encourages users to play with its software.

The 7-inch tablet will be running an open-source OS based on Linux, called KDE Plasma Active UX.

The new slate is aimed at those who like to tinker with their tablets, allowing users to program their own software in Linux without having to go in the back door by rooting their devices as you'd have to in Android or iOS.

There's also 4GB of internal storage, with room for more via an SD card slot.

The tablet will go on sale for €200 (£165) across Europe, with pre-order starting this week and it's expected to start delivery in May.

Free to do what you want to do

The Spark was announced by KDE developer Aaron Siego, who says, "this is a unique opportunity for Free software. Finally we have a device coming to market on our terms. It has been designed by and is usable by us on our terms."

"We are not waiting for some big company to give us what we desire, we're going out there and making it happen together. Just as important: the proceeds will be helping fuel the efforts that make this all possible."

The Plasma OS has been adapted to work on a variety of devices including netbooks and televisions. The Spark comes with Plasma Active which is tailored specifically to tablet use.