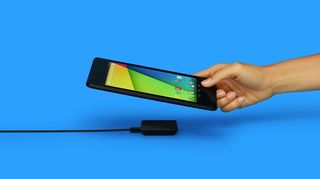 It could be days away, for all we know

Update: Google has told TechRadar that the Nexus 7 will be back in supply soon, dashing hopes that the depletion of stock is a sign of something else to come.

A spokesperson told us: "Sorry for the inconvenience. Nexus 7 will be back in stock in the Play store in the next few days, and is still available from a host of online and high street retailers."

The Nexus 8 is believed to be Google's bulked-up successor to the Nexus 7, and it could be just around the corner.

The theory stems from the depletion of Google's Nexus 7 on the Play Store: in the UK and US, at least, all models are now listed as out of stock.

From the off, we're donning on our "possible nonsense" caps. While a new Nexus 7 is due (the 2013 model was announced on July 24), we're not convinced that Google would stop selling the current model to make way for it. After all, it sold the 2012 model alongside the updated 2013 tablet for some time.

However, the fact this seems to be a global stock exhaustion on both LTE and Wi-FI model means we're wearing out hats at an admittedly jaunty angle. Plus, the Nexus 10 has also been depleted for some time now.

HTC is widely believed to be building the next Nexus (sorry Asus), which has been skulking around with the nickname "Volantis". The tablet is rumoured to come flaunting an 8.9-inch display, Nvidia Tegra K1 processor and 2GB of RAM.

But with Android L not expected to arrive until October, an imminent Nexus 8 would most likely come with Android 4.4 KitKat.

We've asked Google if this, in fact, just a stock shortage. Stay tuned.