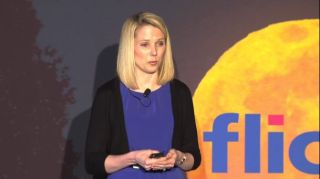 Going shoulder-to-shoulder with Facebook, Microsoft and Apple, Yahoo has come out to reveal the number of government requests for data that it's received in the past six months.

According to a Tumblr post by CEO Marissa Mayer and General Counsel and secretary Ron Bell, between 12,000 and 13,000 requests were received, which makes Apple's 4,000-5,000 look pretty paltry.

Yahoo said that "the most common of these requests concerned fraud, homicides, kidnappings, and other criminal organisations" - much the same story as the other guys, then.

Yahoo said that it could not include the FISA (Foreign Intelligence Surveillance Act) requests due to their classified status but said, "We strongly urge the federal government to reconsider its stance on this issue."

The statement also added that Yahoo will post its first "global law enforcement transparency report" this summer, which will cover the first half of 2013. Yahoo will then refresh this report twice a year.

Yahoo was one of several big Internet companies accused of allowing the National Security Agency to collect swaths of user data in the recent Prism scandal.