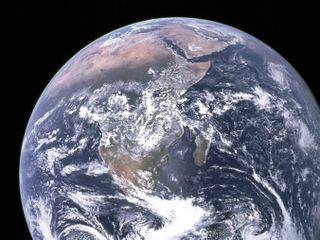 When you need global access to the web and e-mail only a BGAN portable satellite modem from TS2 Satellite Technologies will do.

It's about the size of a small laptop, is made out of sturdy plastic, weighs 1Kg, and folds out to become a transmitter/receiver.

Plug one into a laptop and you can bounce your data off the various satellites in the Inmarsat network.

According to TS2, its BGAN terminals are undergoing something of a renaissance. They're becoming an essential bit of kit for foreign correspondents, soldiers (the US army is a fan), crisis management units, police, fire brigades, emergency services and other safety services.

The T&T Explorer 700 model, for example, is capable of high-quality simultaneous audio and video transmission in real time, two-way data transfer up to 492 Kbit/s , ISDN and VoIP telephony. This is a serious bit of technology.

Or you could use it to play World of Warcraft on the summit of Ben Nevis.