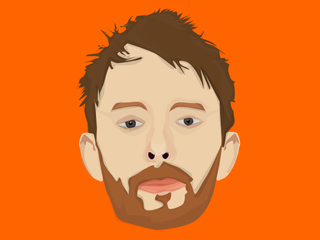 &quot;It's up to you.&quot; Radiohead are shaking up the music industry with their latest album

Even the lure of free music isn't enough to stop pirates illegally sharing music files. Despite Radiohead giving their latest album away 'for free', figures show that at least 500,000 pirated copies were illegally downloaded in its first week of release, reports Forbes.

Two weeks ago the band released the album In Rainbows for direct download on the web. Fans are able to choose how much they would like to pay, with no minimum price.

Read: This is why Radiohead could be killing music

Although 1.2 million copies were legitimately downloaded from the web during the first week, illegal file-sharing of the album is soon expected to overtake legal downloading. That's the prediction from Eric Garland, chief executive of Big Champagne, an LA-based company that tracks music consumption.

According to Garland, the pirating can be explained more by habit than economics. "People don't know Radiohead's site. They do know their favourite BitTorrent site and they use it every day," he said. "It's quite simply easier for folks to get the illegal version than the legal version."

It's likely that fans have also been turned off by the effort to supply their name, email and postal details as part of the registration process, says Doug Litchman, an intellectual property professor at the UCLA School of Law. "Registration is a small barrier," he says. "Sadly, even that little bit of cost might be too much."

Ultimately, he suggests, it may simply be that it's hard to compete with free.

Nevertheless, Radiohead's decision to sell its album on the internet could be a good move. With no record label in the way, the band will retain full sales revenue. Moreover, the publicity generated seems to have boosted sales - their last album 'only' sold 300,000 copies in its first week of release.