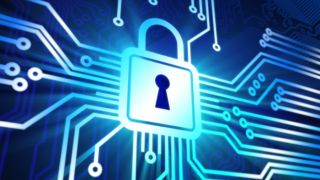 Only 30 per cent of UK social media users take the time to set the privacy settings for their social media accounts, according to a survey report being highlighted by Microsoft.

The figure is part of Microsoft's annual Computing Safety Index (MCSI) survey, conducted in 2013, that examined online safety behaviour of consumers online. The research has been released to coincide with Safer Internet Day.

Only a slightly higher proportion (34 per cent) of respondents said they limit what strangers can see to any extent on their social media accounts or control the amount of personal information that they put online.

The report also found that only 33 per cent of UK mobile users protect their device with a PIN or password and only 39 per cent of web users employ a secured wireless network when online. Microsoft is using the report to highlight some simple changes that individuals can make to improve their security online.

It cites a figure of 5 per cent of the UK population that has been victim to a phishing attack and a further 3 per cent that has suffered identity theft as significant reasons for consumers to take online safety more seriously.

The company has launched its Do 1 Thing campaign asking asking Web users what one thing they will do to stay safer online.