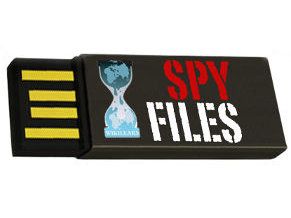 At a press conference in London today, Julian Assange announced that a spin-off version of Wikileaks has been created to publish documents which refer to surveillance and privacy violations around the world.

Aptly called The Spy Files, the subsection of Wikileaks houses hundreds of documents which bring to light apparent spying on a global level and the technology used to intercept personal content.

The site has launched with a damning critique of the 'unregulated' world of spying and name checks the use of mobile phones and Facebook for surveillance use.

"Mass interception of entire populations is not only a reality, it is a secret new industry spanning 25 countries," explained the blog post.

"In the last ten years systems for indiscriminate, mass surveillance have become the norm. Intelligence companies such as VASTech secretly sell equipment to permanently record the phone calls of entire nations.

"Others record the location of every mobile phone in a city, down to 50 meters. Systems to infect every Facebook user, or smart-phone owner of an entire population group are on the intelligence market."

In all there are 287 files on the site, with Wikileaks hoping its site will open the world's eyes to the corporations benefiting from surveillance.

Just because you are paranoid…