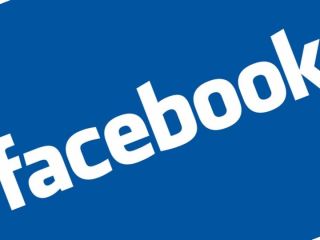 Facebook recently announced a Translations tool which allows web developers port their site to different languages in a quick and effective way, using technology made by the biggest social-networking site in the world.

This is just one of the myriad ways Facebook is turning itself not just into a place to meet with friends and share content, but a technology company to rival the likes of Google when it comes to innovation.

Cat Lee, Facebook Platform Manager, a key figure for bringing about new and exciting innovations, sat down with TechRadar to discuss just what we can expect from the site now and in the future.

TechRadar: Tell us a little bit about Translations?

Cat Lee: It's basically a technology that allows website developers, who are building applications, to translate their site in a way that Facebook translated its site for its users.

We have 55 languages available for Facebook users at the moment, and we think this tool will be really helpful for developers because translating websites is a really hard problem. We know this because we have done it.

When we tried to give the same amount of functionality on Facebook to non-English speaking users, we looked at a whole range of options for translation.

TR: What were the options?

CL: It really boiled down to two. One was libraries – you could get everything from a dictionary or a glossary but what we found was that many of the words we use, you really need the right context. Things like 'poke' are idioms that are so specific to each language.

The second thing is hiring professional translators. Most sites probably do this when you get large enough. But what we found was that for every language it would cost $20,000 and would take the translator four to six months.

With over 300,000 words of dynamic text on Facebook and the site constantly changing, it is not a scalable solution for us.

TR: How does Facebook Translations differ from the rest?

CL: As a technology company, we constantly innovate and our engineers built an application that allows you to go in and translate the words submitted to Facebook. It also allows the translations for the word strings submitted to be pushed up or down depending on how relevant they are.

What it looks like on a website is you would see that the strings that are submitted for translation are underlined, a dialogue box would then pop up and you can see the translations that have already been submitted.

They can also submit new translations, and the app will also recommend phrases that are similar.

TR: So it is organic then?

CL: Absolutely. Once there are enough votes for the phrases, or if these translations are approved, then the translated website will show up based on the user's locale. So if they are in France, then the website will be translated into French.

When we did this in Facebook, we saw amazing results. The whole site was translated into French in 24 hours and to Spanish and German soon after.

We think that the developers have an engaging user base, then this piece of crowd-sourcing connected technology can really help them reach people throughout the world.

This is something that we aspire to do with this technology. But as we also offer leaderboards for who has translated the most it might also mean that site's will hire translators on the back of the technology.