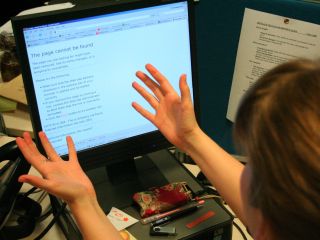 A report commissioned by Ofcom has found that Wi-Fi signals in the home can be slowed down by seemingly innocuous gadgets like baby monitors and security cameras.

This goes against claims that slowdowns in Wi-Fi signals are caused by too many wireless networks sapping signal in built-up urban areas.

"There is a view that some domestic users generate excessive amounts of Wi-Fi traffic, denying access to other users," explains Mass Consulting, the folks behind the report.

"Our research suggests that this is not the case, rather the affected parties are almost certainly seeing interference from non-Wi-Fi devices such as microwave ovens, Audio Video senders, security cameras or baby monitors."

To stop the problem increasing, Mass Consulting wants better regulation of the 2.4GHz band, which is used for Wi-Fi signals.

It has even gone as far as requesting that a logo is created to ensure that none-Wi-Fi gadgets adhere to some sort of standardisation to make them friendly to wireless signals.

"A '2.4GHz friendly' logo would tap into such market pressures and lead to improved co-existence of all types of radio in this band," states the report.

"The baby monitor market is one example where this approach has already arisen through market forces, with 'Wi-Fi-friendly' appearing on the datasheets for the new generation of digital video monitors."