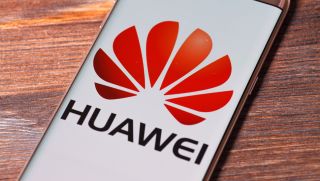 No sooner than news broke that Google had rescinded Huawei’s Android licence, worried customers – especially in the UK – began to trade in their Huawei handsets. However, the Chinese tech giant’s Australian arm has released a statement saying customers Down Under have nothing to worry about.

According to Huawei Australia’s Director of Corporate Affairs, Jeremy Mitchell, being blacklisted by the US won’t affect Australian customers currently using the company’s smartphones and tablets. In fact, Mitchell adds, “those that are planning to buy a Huawei device in the near future” also won’t have anything to worry about.

Australian consumers will continue to receive operating system and security updates, and will have access to Google’s apps and services, like the Play Store, Gmail and Search.

Mitchell has also confirmed that the manufacturer will continue to provide after-sales services for all existing Huawei devices, including those that are currently still stocked with retailers.

Huawei, though, has received a small reprieve with the ban being lifted until August this year, giving the company time to prepare for the launch of its upcoming handsets, like the upcoming Honor 20 flagships and the much talked about folding Mate X. Whether that's enough time for Huawei to figure out its next steps remains to be seen.