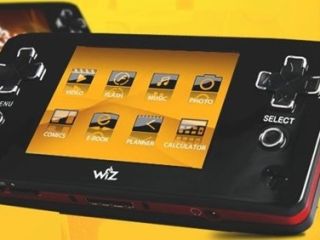 We are looking forward to finally getting our mitts on Gamepark Holding's latest does-it-all open source handheld console, the GP2X Wiz, which the company has now confirmed will be released in Europe in March.

"The release date has been changed and fixed from 22 February 2009 to 5 March 2009," the company informs TechRadar this week.

We will be getting hold of our review sample of the GP2X Wiz in February, so once we have stopped fighting over who gets to take it home we will be sure to bring you our detailed first impressions of the latest handheld console on the block.

Pricing is yet to be confirmed, as we are told that "the release price will be changed to the euro currency, so we will inform you about the fixed release price later."

Watch out for more on this in the coming weeks, as well as a new, dedicated website for downloads, through which GP2X Wiz developers will be able to make commercial games available.

For more background, check out our interview with a GP2X developer from last year and for the detailed spec, check out T3's handy compare and contrast feature.