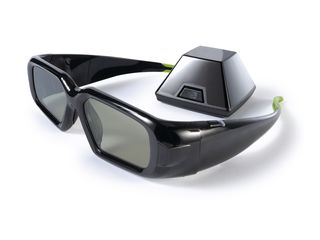 Nvidia launches its new stereoscopic 3D peripheral this week to allow you to give your movies, games and photos a three-dimensional make-over.

"This highly anticipated technology will be available to buy from leading distributors, priced around £129.99," Nvidia informs us.

Inside Nvidia's 3D Vision box you will discover a pair of wireless glasses, a high-power IR emitter and some software to flicker-free, stereoscopic 3D experience to PCs.

3D Vision is designed to work with monitors and TVs running at 120Hz and higher, such as the Samsung SyncMaster 2233RZ 120Hz LCD.

"I expected to see a marginal improvement over the previous generation of this technology, but what I saw blew me away—crystal-clear 3D with no hint of flickering or ghosting! It had me grinning from ear to ear," said Stephen Viljoen, Chief Operating Officer of Slightly Mad Studios, developer of the upcoming Electronic Arts title, Need for Speed: Shift.

"For the first time, the technology is at a level where one can have full-on gaming sessions without any side effects. I've seen the future and it's beautiful!"

Nvidia GeForce 3D Vision is now available in the UK (also bundled as part of a £399 package including the aforementioned Samsung SyncMaster LCD monitor).