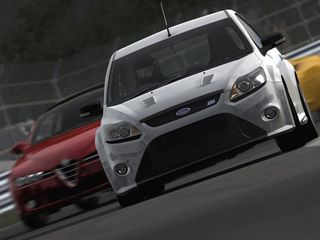 Forza - a big hitter for MS

Microsoft's Xbox CFO Dennis Durkin has claimed that the Xbox 360's first party games have been 'superior' to offerings from Nintendo and Sony.

Durkin told Industry Gamers that the likes of Forza and

have shown that Microsoft's console leads the likes of Wii and

"…we think first party is an important tool and you can't dispute titles like Forza, which has consistently come out on a repeated cadence and sold multi-million units," he added

"So we are, not only building existing IP and incubating around titles like Halo and others, but really building new IP in new areas. And that's going to be core to us... to build those experiences and monetize those."

You can't blame a Microsoft man for backing Microsoft products above those of its rivals, but Zelda and Wii Sports fans, and those of Gran Turismo and Uncharted, might beg to differ.

It's not an argument that's likely to be settled any time soon.