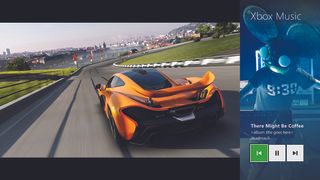 Microsoft has sent out invites to a select few Xbox One owners in order to beta test the forthcoming dashboard update, scheduled to go live in March.

The company has emailed users at random with an invitation code for the update, which promises to improve the online multiplayer experience, party chat and the friends app.

Those selected and opting into the program will begin receiving the update at some point next week.

"Once registered, participants will be able to test the early features included in the update and provide feedback on a private forum and can opt out of future waves," wrote Xbox Live's Larry Hyrb on the Xbox Wire blog.

In time for Titanfall

The idea is to get the full update rolled out to all Xbox One users before the launch of the showpiece next-gen title Titanfall on March 11.

Hyrb (a.k.a. Major Nelson) added: "We're counting on our fans to share their input as we're putting the final touches on the new features that we plan to deliver in early March."