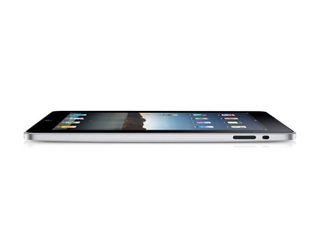 Bjork is set to release her new album Biophilia as a multimedia project, comprised of 10 separate iPad apps.

It's an intriguing move from the pixie-like Icelandic songstress, though there is still no confirmed release dates or pricing for Bjork's new songs/apps.

Biophilia will be Björk's seventh album to date, with the title itself meaning "love of life or living systems" and a whole host of music and video production talent lined up to help out on the project, including feted director, Michel Gondry.

Biophilia is set to be premiered as a multimedia live extravaganza at this year's Manchester International Festival (MIF), were she has a three-week residency throughout July.

The album will be comprised of 10 separate apps under the umbrella of one 'mother app' – each app will allow the user to explore each tracks in different ways, or remix them in various playful ways.

"Björk's put herself way at the forefront here by saying, 'We'll release this album and these apps at the same time and they're all part of the same story.' The app is an expression of the music, the story and the idea," Snibbe told The Guardian.

Snibbe gives the example of one song, called Virus, which he describes as "a kind of a love story between a virus and a cell. And of course the virus loves the cell so much that it destroys it."

It sounds adequately bonkers, as we've come to expect from Iceland's leading pop star over the last 20 years. And we look forward to seeing Bjork unveil the whole thing at MIF next month.