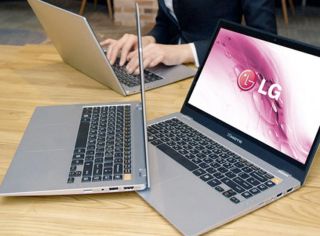 Ultrabooks - not quite ready for the next gen

Intel looks to have postponed the launch of its upcoming Ivy Bridge chip range, which is set to have a knock-on effect on the next-generation of Ultrabooks.

Although the delay is yet to be confirmed, DigiTimes is reporting that mass volume shipments of the chips won't start until June with only a small quantity of chips being released by April.

Given that April was meant to be the scheduled shipment, this will mean that the new range of Ultrabooks will come to market later than expected.

If you couple this with the 'limbo' time between now and the launch of Windows 8 and it isn't looking great for laptop sales in the first half of this year.

Intel has been open about when it wanted to launch its Ivy Bridge processors. Back in January, Intel CEO Paul Otellini said in his earning call that: "We'll launch Ivy Bridge, our first 22-nanometer product, in early spring…

"We have a very fast ramp of Ivy Bridge, strong demand."

It is expected that some highly anticipated laptops will launch on time – it's pretty likely that Apple managed to get some of the first batch of chips.

Via Cnet and DigiTimes