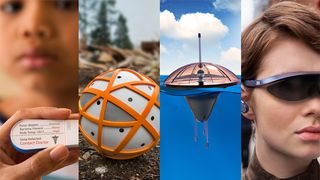 The potential uses for TrueNorth are vast

For the last six years, IBM researchers have been looking for a way to bring the power of the human brain to a computer processor, and the project just hit a significant milestone toward reaching that goal.

Billed as a "synaptic supercomputer in your palm," the second-generation chip known as TrueNorth "redefines what is possible in the field of brain-inspired computers, in terms of size, architecture, efficiency, scalability, and design techniques."

After accomplishing a modest single-core prototype three years ago, the research team has accomplished the remarkable feat of cramming one million neurons, 256 million synapses and 4,096 parallel cores into a self-contained chip the size of a postage stamp.

Not a brain (yet)

Chief Scientist Dr. Dharmendra S. Modha is quick to note that IBM has "not built the brain, or any brain," but rather a computer "inspired by the brain," which for the first time can process sensory data in parallel, much like the human brain itself.

Traditional processors have historically required more energy as they've become faster and more powerful, but TrueNorth consumes a mere 70 milliwatts of energy, roughly the equivalent to what a hearing aid battery produces.

While IBM refers to TrueNorth as a "direction" rather than a "destination," the technology could have huge implications for future devices including smartphones, self-driving automobiles and even "multimedia processing on the cloud."

For comparison's sake, IBM's first-generation chip was only capable of storing 256 neurons. With its one million, scientists hope TrueNorth will lead to computers nearly as powerful as the human brain by the year 2020.