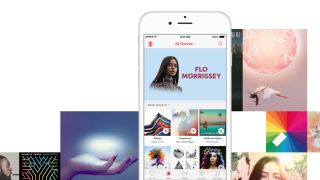 If you're limited by the amount of storage on your mobile device, Apple Music offers a service by which you can upload your songs to the cloud and then stream them like you would a song on Spotify.

Back in May Apple released an iTunes update which it claimed resolved the former issue and now it's back to address the latter two.

On the DRM front, tracks in your library which didn't previously contain DRM will now continue to be DRM-free when you redownload them. Good work Apple!

On the song matching front, the situation is a little more complex. Whereas previously tracks were matched with their streaming versions based on track metadata (resulting in poor matches depending on the quality of the metadata) Apple is now rolling out the use of its iTunes Match audio fingerprinting software.

The system, which is being rolled out gradually to 1-2% of users a day, matches songs based on sound rather than metadata, which should be a lot more accurate.

The changes might address some significant problems with the service, but another still remains, and that's the fact that whatever the quality of your local track, the equivalent track that Apple streams to you will be limited to MP3-quality.

This means that your high quality WAV files could see a significant downgrade if you choose to delete the local versions in order to stream them from Apple instead.

There are a couple of likely reasons for this, namely conserving Apple's server space and the difficulties of streaming large music files, but Tidal's lossless streaming has proved that music streams no longer need to be compressed in order to offer a good service.

Hopefully the file quality issues will be solved at some point in the future, but for now we're happy to see Apple beginning to address the issues with its service.