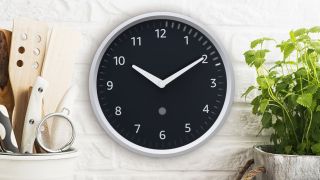 Amazon has halted sales of its Echo Wall Clock amid customer reports of connectivity issues.

The Echo Wall Clock, which is designed sync up with your Alexa voice-controlled devices to give you some visual feedback on your timers and reminders, has only been on sale in the US for a month, with availability in other territories still to be confirmed.

A spokesperson for Amazon said in statement: "We’re aware that a small number of customers have had issues with connectivity. We’re working hard to address this and plan to make Echo Wall Clock available again in the coming weeks.”

At just $29.99 (around £26 / AU$55), the Echo Wall Clock looks just like a standard clock, but features an LED array, marking down the minutes and seconds. Connect the clock to your Echo devices over Bluetooth, and these LEDs light up to show exactly how long is left on a timer, or until a reminder has counted down.

It was launched alongside the Amazon Basics Alexa Microwave in September 2018, demonstrating how easily voice assistants like Alexa can now be integrated into everyday appliances – if you have a smart speaker to control them with, that is.

Right now, it's not clear when the Echo Wall Clock will go back on sale in the US, or whether these connectivity issues will hinder the device's release in other countries like the UK and Australia. Unfortunately, you'll just have to use your regular wall clock to count down the hours until it's back on sale.