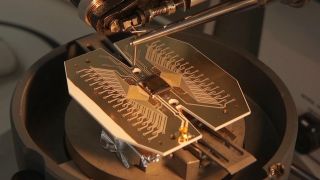 The US Congress is expected to give final approval to a bill that would further the development of quantum computing technology which would be used to improve the country's cybersecurity.

The bill was approved by the Senate last week and once it is signed by the House, it is expected to be signed by President Trump whose administration has made the emerging technology a top priority.

The US is currently trying to keep up with China in the race to develop quantum computing technology which could have huge implications for both national security and the cybersecurity community.

Senator John Thune, who is the chariman of the Commerce Committee, stressed the importance of developing quantum computing technology after the bill was passed in the Senate, saying:

“Establishing a national quantum program is essential to maintaining our position as global leaders in science and technology.”

Quantum computing's potential for cracking current encryption methods and developing more powerful ways of encrypting data in the future, have made it a priority not just for the US but for other countries as well.

If the bill passes, it will establish a National Quantum Initiative Program that will aid in accelerating research and development over the next 10 years.

The program would coordinate efforts by the White House Office of Science and Technology Policy to support and promote quantum computing while establishing Energy Department national research centers which would receive $25m in funding per year.

Both Congress and President Trump's administration have already invested a great deal into quantum computing research and the Energy Department's Office of Science's funding in the field has almost doubled to $120m allocated for the fiscal year of 2019.