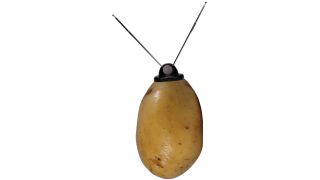 The battery technology that currently sits behind the screens of all our screen heavy smartphones and tablets may be in line for a revolution following research at Virginia Tech University.

With the launch of the Samsung Galaxy S5 round the corner, complete with its supposed 2900mAh battery that will charge in under 2 hours, it is clear that batteries are being heavily looked at.

Virginia Tech's breakthrough comes from using energies that occur in natural sugars, rather than using chemicals like Lithium that graces modern batteries.

Sugar based batteries are ideal for use in mobile phones as, unlike other bio-energies including Hydrogen and Methanol, the sugar solutions are non-explosive.

According to Professor Y H Percival Zhang "it's only logical that we try to harness this natural power in an environmentally friendly way to produce a battery."

This natural power is harnessed from starch, found in foodstuffs such as the humble potato, broken down "slowly step-by-step by using an enzyme cascade" said Zhang.

By using this process, significant qualities of electrons are released to generate a current.

Sugar solutions have been experimented with before, but the breakthrough has come with the research team claiming the new batteries produce significantly more energy, as well as storing up to 10 times more energy than their chemical based counterparts

The report submitted to Nature Communications suggests that these new batteries could be being used to power our modern gadgets within three years, so we could be set to see the technology debut in the Samsung Galaxy S8 or Apple iPhone 7S.