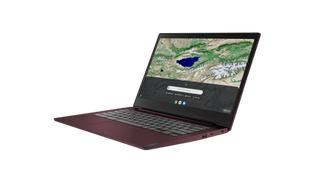 Lenovo Chromebook owners looking to replace an aging device can now rest easy after Google announced it is extending update support on a number of devices all the way to 2025.

The company's Auto Update Expiration (AUE) policy has always been somewhat controversial among its customers because it means that smartphones and Chromebooks running its software will only get updates for a certain period of time after their release.

Once a device has reached the end of its AUE, it won't receive the latest features nor will it get the latest security updates which could end up leaving the device vulnerable to hackers.

Before purchasing a Chromebook or one of Google's Pixel or Android One smartphones, it is important to be aware of the AUE, so you don't end up purchasing a model that is about to reach the end of its lifespan.

Normally when Google finishes certifying a Chromebook model's base hardware design, the device is given a window of 6.5 years in which it will continue to receive updates. So potentially a brand new Chromebook could have less that 6.5 years of support depending on when it was purchased.

When Chromebooks first launched, they were positioned as a low-cost alternative to Windows laptops. As the years went on though, Chromebooks with improved specs and features were released such as the Chromebook Pixel and because of their higher price, a longer support cycle makes a lot more sense as these devices will likely keep running for longer and consumers are more likely to want to hang onto them.

By extending the AUE of Lenovo Chromebooks, Google could eventually end up changing its AUE policy for more of its devices.