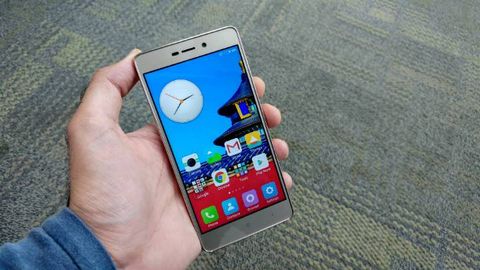 Xiaomi Redmi 3S Prime is light on pocket and doesn't compromise on performance. The smartphone looks premium, lasts longer than its rivals, clicks decent images and sails through most of the tasks without breaking a sweat.

Last week, Xiaomi announced the company's latest budget handset- the Redmi 3S in the Indian market. Available in two form factors- the standard Redmi 3S and a slightly powerful Redmi 3S Prime, the handsets further spice up the budget smartphone market in India, which currently has handsets from other Chinese smartphone makers (Lenovo, Motorola, Huawei, Asus, etc) and Indian brands like Intex, Micromax, Reliance and others.

The company says that the Redmi 3S/3S Prime is entirely a 'Made in India' product and is basically an improved version of the Redmi 3, which never made it to the Indian shores. The Redmi 3S Prime that we are going to talk about today in the following review is priced at Rs 8,999 and comes with a fingerprint sensor, which makes it one of the few handsets priced under Rs 10,000 with the additional security feature.

Now the question that everybody is asking these days- Is the Redmi 3S Prime the best smartphone in under Rs 10,000 price bracket? We try to answer this with the following review.

Xiaomi Redmi 3S and 3S prime are classic examples that a sub Rs 10,000 smartphone can look as good as a flagship device. Unlike big giants such as Samsung, LG, Motorola that are sticking with plastic or polycarbonate materials for their budget offerings, Xiaomi and some other Chinese brands are offering metal unibody designs in the same price segment. Xiaomi Redmi 3S/3S Prime clearly beats those non-metallic handsets when it comes to look and feel.

The smartphone draws inspirations from the popular Redmi Note 3, which is one of the best looking budget handset selling in the market. You can even call the Redmi 3S/3S Prime the smaller version of the Redmi Note 3. And it's not just about how the handset looks; the Redmi 3S Prime is also very comfortable to use. The full metal unibody design with slightly curved back makes Redmi 3S/3S Prime the perfect fit for one hand operation. If you miss the good old days of Apple iPhone 5/5S, then you will love the Redmi 3S.

Adding to this, the handset does not feel like a 5-incher and the fact that it packs in a 4,100mAh battery unit, simply makes it more appealing.

The front has the 5-inch IPS display with minimal edges and touch capacitive buttons placed at the bottom of the display. The top of the display has the 5MP camera, light sensor and earpiece.

The hybrid SIM card tray is positioned on the left and the volume rockers along with the power button are placed on the right side. The microUSB port is placed at the bottom and the top has the 3.5mm headphone jack along with a mic and an IR blaster.

The rear side has the camera lens on the left corner along with the LED flash. The fingerprint scanner is ergonomically positioned in the centre where your index finger sits on it without making any efforts. A large speaker grille is given at the bottom.

As I mentioned earlier, Xiaomi has launched two variants of the Redmi 3S in the Indian market. Both the smartphones are powered by an octa-core Qualcomm Snapdragon 430 CPU clocked at 1.4GHz. The processor is coupled with an Adreno 505 GPU to take care of graphical intensive tasks.

While the standard Redmi 3S comes with 2GB of RAM and 16GB base storage, the Prime variant features a 3GB RAM and 32GB internal memory. You can expand the inbuilt storage by up to 128GB via a hybrid- microSD card slot.

The dual-SIM handset is backed by a 4,100mAh battery unit and has 4G LTE, VoLTE, Wi-Fi, GPRS/ EDGE, Bluetooth, GPS/ A-GPS and Micro-USB as connectivity options.

The smartphone will be available in Grey, Silver, and Gold colour variants.

The Redmi 3S/3S Prime sports a 5-inch 720p display, which can be criticised considering the growing trend of Full HD screens in budget price segment. However, in case of Redmi 3S Prime, the lower resolution display did not give me any major reasons to complain about. The 720p display churns out a pixel density of 294ppi, which is acceptable for a 5-inch footprint. The display offers vivid colours and is bright enough to make content visible even in outdoor conditions. I even found the display brighter than the Redmi Note 3 and the LeEco Le 2.

The display has minimal bezels and the metal trim that runs on the front panel is slightly raised from rest of the body. This will protect the display if you keep the smartphone upside down on a table.

The display settings allow you to tweak the contrast and colour levels as per your requirement. You can set it to Automatic, Increased contrast and Standard. Besides, you also get a Reading mode that turns the display colours to a warmer tone in case you are using the smartphone in complete darkness.

Xiaomi Redmi 3S Prime is the first phone with a Qualcomm 430 chipset in India. While it is not the fasted CPU from Qualcomm, the computing performance it offers in support with 3GB of RAM is more than enough to handle your everyday tasks and even some high-end jobs such as gaming, video playback and photo editing.

During my usage, there were no visible lags or stutter while navigating between home screens and/or multitasking. I used the device to edit images; played games such as Spiderman Unlimited, Dead trigger 2 and the Adreno 505GPU handled the game play with no performance issues. I even pushed the handset to its limits by playing heavy games like Asphalt 8 Nitro and Marvel Alliance 2, which can even give a tough time to mid-range and some flagship devices launched in 2015. There were noticeable frame rate drops but if you already using a budget smartphone from 2015 or some recent ones, then you will not see much of a difference. Besides, the 3GB RAM was more than enough to handle the everyday multitasking.

Next on my list was to check whether the handset has heating issues when pushed to its limits. To my surprise, Redmi 3S Prime did not get as hot as other devices in the same price bracket, and is quite heat efficient. I even found it to be a better handset in handling heat when compared to the Redmi Note 3 during stress testing.

The 13MP rear camera is fast and responsive and is capable to deliver decent shots when the lighting is adequate. The colour reproduction is also good and the pictures taken have acceptable detailing. However, the results are not satisfactory in poorly lit situation. . The images come out to be noisy if you are shooting indoors. But then you cannot ignore the fact that it is a sub Rs 10,000 smartphone and in that case, it does a decent job.

Besides, you also get Xiaomi's usual camera modes such as HDR, Beautify, Panorama, Manual Mode, various Scenes and a total of 12 filters to play around with the images.

Here are some camera sample shots

The battery performance is simply the highlight of the smartphone. Despite its small size, the Xiaomi Redmi 3S Prime is equipped with a humongous 4,100mAh non-removable battery unit hat can easily last for a day, even if you play games, watch videos, play music, click pictures and browse web. This is because the battery has to support a lower resolution 5-inch display and the Snapdragon 430 processor, which is quite efficient in everyday usage.

If you are an average user who use the smartphone for occasional gaming, music playback and do the usual stuff like WhatsApp, Facebook, etc. then Redmi 3S Prime can easily last for more than a day on a single charge.

I recommend this device if you are looking for a smartphone with amazing battery life in sub Rs 10,000 price bracket.

The metal clad Xiaomi Redmi 3S Prime is one of the best looking handset in its price segment. The 720p display is crisp, the battery is simply amazing and overall computing and multitasking performance is also appealing.

It's quite hard to find a flaw in Xiaomi Redmi 3S Prime. The smartphone  could have been better in the imaging department and that too when you  are shooting in low lighting conditions.

The Xiaomi Redmi 3S Prime is nearly an ideal phone and can be termed as one of the best sub Rs 10,000 smartphone that you can buy in the market right now. The smartphone looks premium, works brilliantly with its octa-core CPU paired up with 3GB of RAM and can easily last for a day with its mammoth 4,100 mAh battery unit. The camera can also deliver when lighting is good and the Xiaomi's MIUI is a treat in everyday usage.

If you are in the market to buy a budget handset and you just cannot cross the Rs 9,000 mark, then this is the handset you should buy. However if you feel that a 5-inch display is not enough for you and you can shed an extra Rs 1,000, then go for the elder sibling- the Redmi Note 3, which is priced at Rs 9,999 for the 2GB RAM and 16GB internal storage variant.