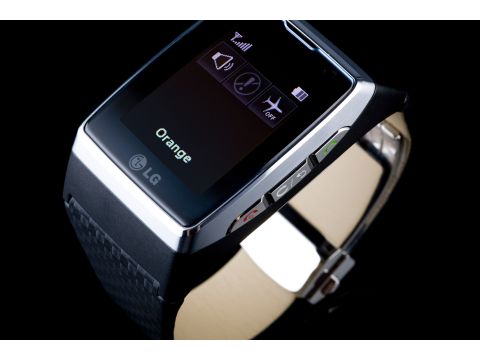 A cool gadget that surpasses expectations, but you'll have to really want the futuristic look to actually replace a proper phone

LG has finally launched the GD910 Watch Phone to the UK public, for the far-less-than expected price of £500.

The question we want to answer in our LG watch phone review is as it's packed with a touchscreen, Bluetooth and even a camera, is it still just a gimmick or the start of a real life Dick Tracy era?

The phone/watch (we'll go with phone) is a sleek number, given the amount of technology packed under the hood.

It features a leather-like strap, which adjusts through a simple 'tug to fit' system, which loosens fairly regularly, so you'll need to keep tightening it up.

The SIM slot is located with the battery at the back of the phone, removed with a fair amount of force using a coin. The phone will still work without a SIM card, but unless you're desperate to use it as a music player on the wrist, it's a little redundant.

The unit itself is a sleek design, and the touchscreen is much better than others on the market (but then, a 1.4-inch touchscreen must be easier to work with than a huge 3-inch plus effort).

The three buttons on the side are a little fiddly to operate, with arm hair often pinched when using them. Similarly, when using it on your right arm, the screen is also obscured by the hand trying to work the phone.

LG has been clever in the design of the GD910 Watch Phone though, with the call button opening up a number of menus, and the hang up button taking you back to the top screen, with the middle button simply navigating back and forth.

It feels very light on the wrist, with the chunkiness far less than we were expecting. It's no stretch of the imagination to see this being used as a 'normal' watch.

CLAMPED: The charger holder sits snugly on the side of the LG Watch Phone

The charger is a novel design, with a clamp holding the phone to a metal plate, which then connects to a USB charger for computer compatibility as well. It took a couple of goes to get this snugly fitting, but when we did we had to admit it was pretty cool.