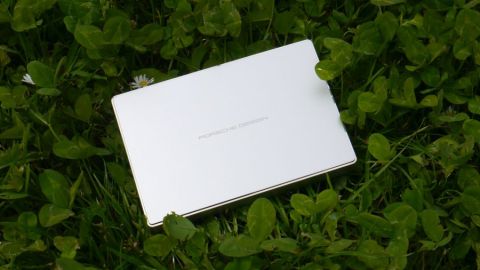 This external drive is a real looker and an impressive performer, but you'll pay for the privilege.

LaCie is an unknown brand to most people but the storage company, which was acquired by storage giant Seagate a few years ago, has a cult following amongst Apple aficionados. That explains why the brand has the largest number of DAS (direct-attached storage) devices on Apple's online store.

Visually, LaCie is also very close to Apple's minimalist design. The company has used some great designers in the past – including legendary French designer Philippe Starck and Scottish artist Neil Poulton – for its product lines.

The Porsche Design company is behind LaCie's latest creation, a 4TB external hard disk drive that is equipped with a USB Type-C connector and is an obvious storage option for the Apple MacBook.

The drive comes with a USB-C to USB-C cable plus a USB-C to USB cable with a maximum theoretical output speed of 5Gbps (USB 3.0).

As expected, the device is fashioned from aluminium, with the words 'Porsche Design' rather than LaCie printed on top. The name of the drive maker is written in tiny characters on one side.

It's bigger and heavier than the other 4TB external HDD we've previously looked at, the Seagate M3, which is now known as the Maxtor by Seagate M3.

Other than a barcode and a few more identifiers and logos at the bottom, the enclosure is remarkably clean. According to LaCie, "rounded corners, a sandblast finish and a high polished bevelled edge combine" to give the drive its unique look.

The reversible USB port and a status light can be found on one side of the Porsche Design drive.

Three LaCie applications (Private-Public, Backup Assistant/Genie Timeline and Desktop Manager) are available for download on the firm's website, which is handy as you will have to download them should you format the hard drive – which we had to do to get full access to the 4TB capacity.

Using CrystalDiskInfo, we could confirm that the drive was a Seagate Momentus ST4000LM016, a two-year old 2.5-inch drive previously known as the Spinpoint M10P with a 16MB cache and a 5400rpm spinning speed. The drive can also be found in the Backup Plus Portable external hard drive from Seagate as well.

That's down to supply and demand – although the bill of materials for the LaCie external drive will obviously be higher, sheer demand (and competition) means that Seagate finds it more profitable to sell it cheaper than an internal hard disk drive.

When it came to performance, the drive acquitted itself much as expected, delivering great numbers on CrystalDiskMark (114MBps read speeds and 45MBps write). Just bear in mind that because it is an SMR-based (Shingled Magnetic Recording) hard disk drive, it is slower on random writes for small files.

This is a 15mm hard drive which means that it uses five 800GB platters – each with a 1TB per square inch areal density – to achieve this capacity. Such a high areal density – one of the highest in the industry – translates into an equally higher than average transfer rate.

The LaCie Porsche Design Mobile Drive is a great little external hard disk but will suffer from some serious competition from its own siblings, more specifically the aforementioned Seagate/Maxtor/Samsung M3 drive.

That's a lot of money for a storage device, but those looking for quality aesthetics – and an appearance to match their shiny new MacBook – will be content to pay that price for an external drive that not only looks good but also delivers on the performance front.