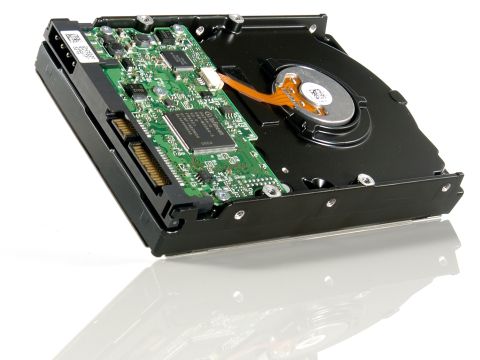 The T7K500 continues the Deskstar reputation for strong performance

It's by no means groundbreaking, but the performance more than makes up for it

Hitachi has built a strong name for itself for manufacturing quality hard drives that offer leading performance while being reliable at the same time. It's less well known for being first to market though, and the Deskstar T7K500 is a case in point - other manufacturers have had 500GB drives out for a while now, but it's only just releasing this capacity.

Seagate has had its Barracuda 7200.10 drive out for a few months already, and thanks to its perpendicular recording technology offers capacities up to 750GB.

Hitachi does have some new technologies up its sleeve to help offset that lure of perpendicular recording. It's Thermal Fly-height Control technology, for instance, may be something that's hidden out of sight, but it's increasing the control over the drive head so that it can get closer to the recording surface, and so improve performance.

Hitachi's Deskstar drives have always offered strong performance, and this model doesn't sully the brand, with class leading read and write times. An average read performance of 66.5MB/s is stunning, and a testament to the Thermal Fly-height Control technology.

Even more impressive is the write performance - an average of 63.5MB/s is amazing, and well up on the Barracuda's 55MB/s. The burst speed of 212MB/s on a SATA II interface (118MB/s on SATA) isn't leading the pack, although in practice this isn't such an important figure.

Performance is one factor of buying a new hard drive, but price is potentially more important. The Seagate Barracuda 7200.10 750GB works out at 35p per gigabyte, and the latest addition to the Deskstar trundles in at a slightly better value proposition at 32p per gigabyte - obviously the outlay is less, as it's a smaller drive. Compared to similar capacities there's only £15 separating the most affordable drive (Maxtor's DiamondMax 11) to the most expensive (also from Maxtor, the MaxLine Pro at £164).

The 500GB drives still demand a slight premium, making the 320GB drives better value for money, while the 750GB drives are the obvious choice if capacity is your main concern. If you're looking to buy half a terabyte of storage, then this should definitely make your short list, potentially at the top. Alan Dexter