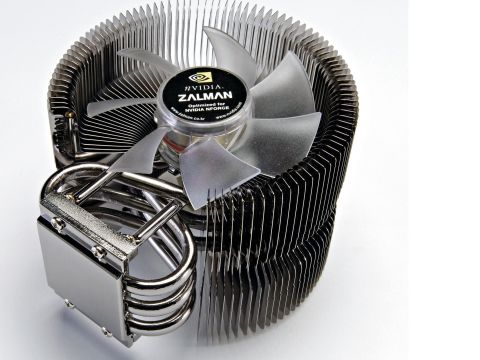 Cool, quiet, and cheap enough for anyone.

We've looked at Zalman's 'flower' coolers several times before, and rather admired the Intel version. This AMD incarnation, resplendent in understated black and chromed copper, hasn't changed our minds.

Flooding your internals with a murky green light, the translucent fan thrusts air over three figure-of-eight heat pipes and a runnel of copper fins for some very impressive cooling with absolutely minimal noise. It's even a lot easier to install than the Intel version, but that's more down to motherboard design than anything Zalman has done.