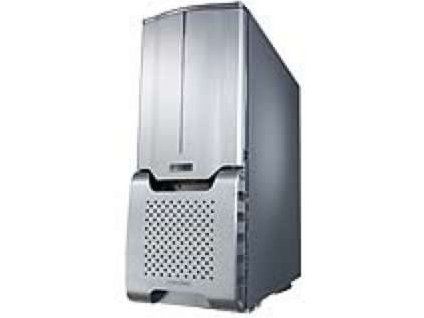 An aluminium beauty, but pricey

Aluminium is a great material to build a case from. Not only is it incredibly light, but it also has good heat-dissipating properties. It also happens to be more expensive than steel, which is why cases made from it are less common.

When used correctly you can end up with something like the 3D Aurora. At just 7kg it's far lighter than most full tower cases around and yet it still offers five 5.25-inch drive bays, five internal and two external 3.5-inch bays. We're happy to see that the hard drive bays are mounted transversely, pointing out of the side of the case, for easy access.

All the drive bays make use of tool-less, quick-release mechanisms. In our opinion it's not the best solution in the world, because it can be fiddly to use at first. However, it does work and you'll soon be flinging drives in and out to your heart's content.

If blue lights fill your heart with glee then the Aurora won't disappoint. The front grill is illuminated in what appears to be corporate Gigabyte cool-blue, while all three supplied 120m fans are decked out with blue LEDs, too. Two are rear mounted while the third is at the front along with a dust filter. These are fitted with motherboard power headers and so can be software managed, which is a nice touch.

Despite its large size the case is light, thanks to the near complete aluminium construction with just a partly plastic front fascia. The downside to this is that there's little sound damping from the case sides. Interestingly, Gigabyte incorporates two rear holes for use with watercooling systems, while a final highlight are the side-mounted FireWire and USB ports. With quiet fans, drive bays aplenty and good build-quality it's a solid showing from the motherboard giant. Neil Mohr