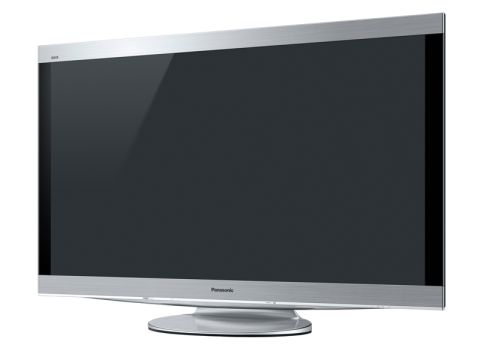 The Panasonic P46Z1 is little more than skin deep, but that's a good thing

A benchmark product in any number of ways, but way too expensive for us to fully recommend

The arrival of the Panasonic TX-P46Z1 means that plasma technology finally has a skinny model to rival the numerous sliver-like LCD TVs now on sale.

This panel is a mere 25mm deep for most of its width, but before you get too excited you should know that it comes at a rather fat price: £4,500 to be precise. So it had better have some serious performance credentials.

It's a treasure trove of delights, starting with full HD wireless video (and audio) transmission between its external AV receiver/switching box and the screen.

What's more, using the new beam-based WirelessHD standard it can handle 1080p feeds, giving it a clear advantage for Blu-ray fans over Sony's 40ZX1 Wi-Fi TV, which can only handle signals up to 1080i.

The only flaw with the P46Z1's Wi-Fi system, in fact, is that it is external and uses a separate transmitter attached to the AV receiver box, plus a little receiver that attaches rather clumsily to the screen's bottom edge.

Connectivity on the AV receiver, meanwhile, includes four HDMIs; a D-Sub PC jack, an SD card slot for playing video or photo files; a satellite LNB port revealing the presence of a built-in Freesat tuner and an Ethernet port.

The latter serves multiple functions: it can access forthcoming Freesat features such as BBC iPlayer support. Then, it can access files from a DLNA-certified PC, and finally, it can access Panasonic's reasonably well-populated Viera Cast online service, with its key Eurosport, YouTube and Picasa service providers.

Another key feature of the P46Z1 is its 600Hz Sub-Field Drive Intelligent Frame Creation Pro technology, which adds enough extra frames of image data to up the screen's effective frame rate to 12 times the normal 50Hz level.

Despite its slimness, the P46Z1 still employs Panasonic's new NeoPDP technology, so that not only can the screen run more efficiently than previous plasma models, but it can also provide greatly enhanced brightness.

We can only give a brief mention here of the screen's THX certification (complete with THX picture preset), and automatic colour management system.

Everyday use is gloriously straightforward, thanks to a typically sensible Panasonic remote and some well-organised and clear onscreen menus.

But the speakers, desktop stand and wireless receiver all have to be connected manually initially, and the connections that plug into the wireless transmitter unit are fiddly in the extreme.

The P46Z1 is a pretty sensational performer. The benefit of the NeoPDP panel is immediately apparent, for instance, in the image's extreme brightness, which helps the screen produce startlingly vibrant colours for a plasma model, too, without compromising the black level prowess traditionally associated with the brand's plasmas.

So bright whites can be displayed alongside deep, natural blacks in a way no standard LCD and only one or two LED TVs can. And the black levels don't lose their intensity if watched from the side either as they tend to do on most LCD screens.

Elsewhere, colours are a revelation compared with those found on some of Panasonic's cheaper new plasma TVs, with reds and greens in particular looking much more natural than they do on the brand's X10 and S10 ranges.

Yet more good news concerns the extreme clarity and detail evident with the P46Z1's hi-def playback, as the screen makes full use of both its full HD resolution and Panasonic's excellent V-Real Pro video processing. Its SD pictures look good too, and it's pleasing to find the general sharpness of the picture far less affected by judder (due to the 600Hz system).

In the case of the latter, we should say, however, that it can occasionally generate some very minor processing side effects, such as shimmering edges. You can also be left with some orangey skin tones if you inadvertently leave the colour settings too high.

But it's hard to believe that anyone buying this TV will really feel upset by either of these things, despite having coughed up four and a half grand.

Really slim TVs usually sound upsettingly flimsy. But the rather snazzy looking speakers you have to attach to the sides of the screen are miles better than the puny efforts built into most TVs' bodies, sounding loud, dynamic, detailed and clean as a whistle.

Excellent and feature-packed though the P46Z1 is, it didn't quite convince us that it fully justified its £4.5k price tag.