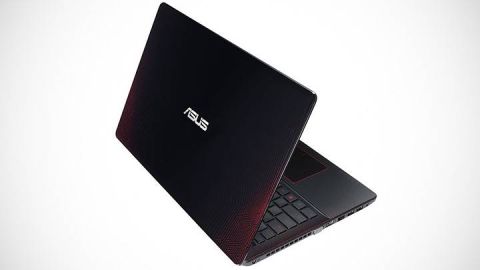 It's a good desktop replacement that does a lot of things right. It just doesn't excel at anything in particular.

There aren't too many options in gaming laptops in India, and many that exist have some pretty mediocre configurations at exorbitant prices. The R510J does have some really good specs, but considering Asus classifies it as a gaming laptop, the Nvidia 950M GPU option seems a bit mediocre. But that said, there's still a lot going for it, as we figured out during the review process.

Clearly aimed to be a desktop replacement, the Asus R510J isn't small by any means. The 15.6-inch widescreen display gives the notebook big enough dimensions to fit in a full-sized keyboard along with the numerical keypad, a big enough trackpad and ample wrist support. Portability is not one of its intended plus points, so things have not been optimised to especially fit in backpacks. That's a good thing considering that the laptop provides you with a good number of connectivity options and even a DVD-RW drive, which is a rare sight these days.

On the outside the R510J has a spiffy design comprised of red geometric lines fading in and out of the black background. The top shell has a piano finish though, which is very easy to scratch scar and fingerprint, so you may want to cover or skin it as soon as you get it out of the box. Inside, however, ASUS has given you a textured, matte-finished material, that's a lot less prone to minor visual damage.

The screen itself is matte-finished, which cuts down well on reflections. It's also quite sharp and great at colour reproduction and balance, though it doesn't give you much of a viewing angle. It's a great display for a single user, but if there's someone overlooking your shoulder or sitting out of the sweet spot, they're going to not get the best viewing experience.

The specs of the Asus R510J are pretty good as can be seen below.

The Intel Core i7  4720HQ (Broadwell) is a good choice for CPU, since it's known to be a  great overall performer. That supported by 8GB DDR3L RAM, makes sure  that the laptop performs highly in all desktop apps, which we'll go more  into in the performance section.

The Asus tradition of dumping bloatware does continue with this one  as well. The laptop came with McAfee antivirus, Avast Secureline, Asus'  host of apps like Web Storage, WinFlash, USB Charger Plus, etc. A lot  of it affects the laptop's start-up time, which is a big -issue,  especially for users who won't do that extra effort of uninstalling  these apps.

The webcam doesn't seem to have evolved since early 2000s with its  alarmingly low resolution of 640x480. Besides the resolution, the camera  is quite terrible in quality itself making the video appear drab and  gray instead of saturating the colours. Not the best option for Skype, by any means.

Being a desktop replacement, the R510J has some pretty good connectivity options, as you can see in the specs list above. A 1TB hard drive is definitely a better choice for gamers, considering the gargantuan install sizes of games today. SSDs would have of course been faster, but a lower capacity drive would be unacceptable for a gaming laptop.

We ran our standard suite of benchmarks on the Asus R510J, and these were the results.

These scores clearly indicate that the R510J is gaming ready, and though these scores are not exceptional, you will be able to run all modern games at a respectable framerate of 30fps and above at Medium to High settings. If tweaked right, you should be able to take to to 60fps  as well. Games from 2013, 2014 would fare a lot better, of course than  say a Witcher 3: Wild Hunt. A great option for MOBA players.

The battery life is quite on the lower side, but considering the  hardware and the screen it's running, and the fact that this is more of a  desktop replacement rather than the laptop you walk around the campus  with, it's not one of the biggest causes of concern. The PCMark 8  battery tst was performed at 50 per cent brightness setting, which is  more than what we normally used, and in real world we got more like  three and a half hours of battery before we needed to plug it in.

We had no hiccups when using the laptop for regular work as well.  Besides the PCMark 8 scores, we did use the laptop over a few weeks for  regular office work, online research and general browsing, and eve for a  good amount of photo editing on Photoshop. The results across the board  were great. The generous 8GB RAM gave it an edge over many other  laptops in the price category, and having an Nvidia GPU helps as well.

The keyboard was one of our favourite features of the laptop despite a big flaw. To start with the negative, the keyboard is not backlit. That's not something we'd crib about too much. but the fact that the lettering on the pitch black keyboard is in a deep red shade makes the keys very hard to see in less than optimal lighting. That said, the keys are an absolute joy to type on. Though it's chicklet in design, the keys are very well spaced apart, which avoids accidental key presses. Moreover the keys have excellent travel and tactility so every key press has a satisfying feedback and a tiny click sound. Typing on the keyboard for long durations was perfectly fine with us. The trackpad was quite standard in its response. It had some essential gesture support, but that was as clumsy as it is on most other Windows laptops.

At its price of Rs 69,990, the R510J is certainly not cheap. It however is capable of running games better than what most of the competition has to offer, and that's where it sets itself apart. The performance is not spectacular, but it gets the job done and runs games well albeit with a number of visual sacrifices. Calling it a gaming laptop is a stretch, but a desktop replacement that's capable of running games - we'll take that instead.