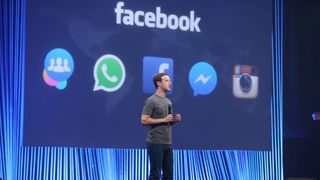 Last night news broke that Facebook retracted messages sent by CEO Mark Zuckerberg and other executives from recipients' inboxes, something the average person doesn't have the power to do.

Facebook told TechCrunch, which has email evidence showing messages that were deleted, that it retracted the messages "to protect our executives' communications" following the Sony Pictures email hack of 2014.

However, because normal users can't unsend messages and Facebook didn't disclose to recipients that it was deleting messages from their inboxes, many view the whole thing as a breach of user trust.

Now, in the wake of the backlash, Facebook says it will release "a broader delete message feature" to users in the coming months.

"This may take some time," Facebook said in a statement to TechCrunch on Friday about the unsend feature. "And until this feature is ready, we will no longer be deleting any executives' messages. We should have done this sooner – and we're sorry that we did not."

Facebook says it's still working out the particulars of the unsend feature, though one option is to have an expiration timer on messages, causing them to disappear once the timer set by the sender runs out.

Facebook currently offers such a timer in Secret Conversations, a feature within Messenger that encrypts messages and lets users determine how long the messages are visible before they disappear.

But in order to have these disappearing conversations, users must select the Secret option inside Messenger. The conversations in which Facebook deleted messages sent by Zuckerberg and other executives' took place in regular Messenger mode.

It remains to be seen how the new unsend feature will work, but the timing of the retracted messages revelation couldn't be worse for Facebook.

The company is already under fire for the Cambridge Analytica data scandal, and it disclosed this week that information from 87 million users may have been obtained improperly by the firm. Zuckerberg is due to testify before US lawmakers next week about how Facebook protects user privacy.

Unlike its executives' messages, the scrutiny Facebook is under won't be disappearing any time soon.