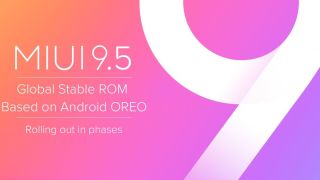 Chinese smartphone maker Xiaomi has announced that its popular budget smartphone in India, the Redmi Note 5 Pro will be finally upgraded to Android 8.0 Oreo with the upcoming MIUI 9.5 update. The update is scheduled to start rolling out from June 29.

The Xiaomi Redmi Note 5 Pro was launched in India in February, running on Android 7.1.2 Nougat with MIUI 9 skinned on top. While the device was launched with decent specifications and a competitive price, the older Android version was an issue for many users.

Xiaomi had earlier rolled out the MIUI 9.5 update to some Redmi Note 5 Pro users, but the company had to roll it back as it had many bugs. Now, the company seems to have removed the bugs and is ready to push the update once again.

At the moment, it is not known what new features Xiaomi is adding with this update, but it is expected to bring dual 4G VoLTE and 4K video recording support. The device is also expected to soon receive the MIUI 10 Global Beta.