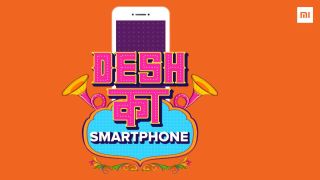 After launching the Redmi Y1 and Y1 Lite in India recently, Xiaomi is gearing up to launch another new smartphone in the country. Named the Redmi 5A, Xiaomi is teasing the phone as a “desh ka smartphone”, perhaps hinting that it will be a budget smartphone aimed at the masses.

With the launch of multiple ultra-affordable phones in India after the launch of the JioPhone, it would seem that Xiaomi is also gearing up to target this price segment. Earlier this year, Reliance Jio had launched the JioPhone with the tagline “India ka Smartphone”, and with Xiaomi also teasing its next smartphone launch with a similar tagline, we may see an entry-level smartphone from the company.

The Redmi 5A was launched earlier last month in China, featuring a 5-inch display and a quad-core Snapdragon 425 processor. It comes with 2GB RAM and 16GB storage, which can be expanded up to 256GB using a microSD card. The phone also comes with a 13MP rear camera along with a 5MP front camera, but misses out on more mainstream features like a fingerprint sensor.

Xiaomi expands its focus on the Indian market

Xiaomi earlier announced that it has sold 9.2 million smartphones in India in the previous quarter, and became the country’s biggest smartphone vendor along with Samsung in the month of October. Bolstering its Make in India efforts, Xiaomi also announced that it has opened a new manufacturing unit in Noida, Uttar Pradesh. Additionally, the company also launched the Mi Power Bank 2i, a product that has been made in India.