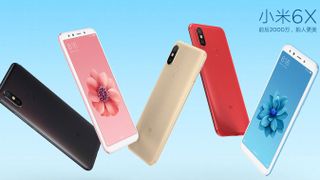 Xiaomi Mi 6X (possibly the Mi A2) is scheduled to launch on 25 April in China. We have seen several rumours of the phone making rounds, but the latest information comes from the phone’s alleged China retail box. The image of the Mi 6X’s box reveals some key specifications and features of the device.

First spotted by Slash leaks, the box reveals a Snapdragon 660 SoC, which was first expected to be the Snapdragon 636, which is now found on the Redmi Note 5 Pro. To recall, the recently Nokia 7 Plus also has the same Snapdragon 660 processor, and it is priced at Rs 24,999 in India.

Furthermore, it suggests existence of a USB Type-C port for charging. The box also reveals that the phone will have a 20MP+8MP dual camera setup on the rear. Up front, it will feature a 20MP selfie camera with portrait mode.

As per the information on the Chinese retail box, the Mi 6X will have Android Oreo out of the box with MIUI on top. But, in India, the Mi 6X would most likely come as the Mi A2 under the Android One program. Which means, no MIUI and faster Android updates.

Finally, the box indicates that the handset will carry a 2910mAh battery.

Unlike the A1, the Mi A2 is said to have a vertically stacked camera unit like the Redmi Note 5 Pro. On the front, it will have a 5.99-inch FHD+ display with 18:9 aspect ratio.

The Mi A1 is a renamed global version of the Mi 5X with stock Android. Considering this, the Mi A2 will most likely tout the same design and hardware as the Mi 6X.

Recently, company CEO Lei Jun has also confirmed that it makes sense to bring the Mi A2 in India, as the customers have praised Xiaomi’s combination with stock Android on Mi A1. This means the phone might make it to India sometime after the China release.