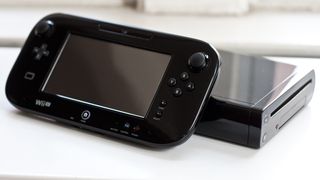 Will U be playing Wii this Christmas?

At last, the first next-gen console is here and first past the post is the Nintendo Wii U!

This one is dividing opinion big time. Nintendo fans are doing a good job of standing by it, and we really do think it's a good console. Some of the launch titles are excellent and the GamePad really does offer a new way of playing games just like the original Wii did.

But others complain about slow CPUs and graphics power that barely beats the 6 year-old PS3. What's your verdict?

For Nintendo fans looking to finally enter the HD era, the Wii U may seem like a beacon of light in an endless downpour – and if you're coming from the Wii, it will be quite impressive, indeed. Not only are the publisher's own properties sleeker than ever before, but third-parties can finally deliver the great games they've been making for other systems in recent years. But gamers who already have an Xbox 360 or PlayStation 3 may struggle to see much of the appeal for now. Many of the Wii U games are lightly enhanced ports, with just a few noteworthy originals. And the online interface and streaming media options aren't quite as polished or robust as what's seen elsewhere.

Apple's late 2012 13-inch MacBook Pro with Retina display isn't for everyone. Many will baulk at the price, and even those who are willing to pay it should ask themselves whether the small saving and slightly smaller size is enough to recommend the 13-inch Retina notebook over its 15-inch counterpart. But there's no denying its quality. The Retina screen takes notebook displays to new heights; its Ivy Bridge processors are very powerful and the new form factor makes it the most portable 13-inch MacBook yet. Some might find the 13-inch MacBook Pro with Retina display prohibitively expensive, but it's ideal for graphic artists, photographers, video professionals or indeed anyone who benefits from its incredible screen.

Unusually, given its populist design philosophy, the Amazon Kindle Fire HD is a bit of a niche product, aimed at those who feel intimidated by typical tablet interfaces or who just want to be left alone to their media consumption. It represents great value for money, offering a highly capable and solidly built tablet for well under £200. It's just that the Google Nexus 7 gives you more for your money, including a similar level of hardware, a far more sophisticated operating system and a far superior app store. Meanwhile, there's the Apple iPad mini with its unmatched app ecosystem and super-sleek design. Between them, the two great rivals have rather squeezed out the capable-but-limited Amazon Kindle Fire HD.

We can see there being a lot of excitement and intrigue surrounding the Sony Alpha a99, which is the world's first full-frame DSLT camera. We also think that some people will be wary of the electronic viewfinder, but we're happy to report that it really is a very, very good device which is worth checking out even if you're skeptical. Image quality at this early stage also looks to be very promising, with low levels of noise even in images taken at high sensitivities.

If we're honest, we were a little disappointed with the Sony Xperia J. Sure, it looks great and will last a few days on one charge, but the sluggishness of the Android operating system makes us feel like we've gone back a few years.