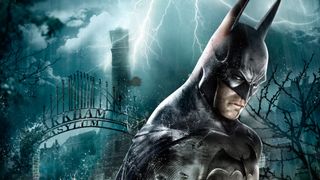 The Batman (2021), which stars Robert Pattinson as the Caped Crusader, has begun filming. Director Matt Reeves marked the first official day of shooting on Twitter yesterday. Reeves' photo also reveals what looks like a logo for his Batman movie, though it might just be a placeholder.

The movie features at least three Batman villains, with Colin Farrell as the Penguin, Paul Dano as the Riddler and Zoe Kravitz as Catwoman. Westworld's Jeffrey Wright portrays Jim Gordon and Andy Serkis is the latest Alfred.

While this marks the official start of production, the movie has been filming around London since at least the start of January. Gotham City PD police cars and a news van were spotted on January 6, along with Colin Farrell in character as The Penguin.

Reeves is the director of the last two Planet of the Apes movies, as well as Cloverfield and Let Me In. The Batman's release date is scheduled for June 25, 2021.

The long history of The Batman

This Batman film has had a long road to production. Back in summer 2015, Ben Affleck was slated to co-write and direct a movie with that title, reprising his role as the Caped Crusader from Batman Vs Superman. The movie was to feature Deathstroke as the villain, with Affleck even releasing this test footage on Twitter.

Deathstroke briefly pops up in the post-credits sequence of the Justice League movie, played by Joe Manganiello. Affleck dropped out of directing The Batman in January 2017, and finally ended his involvement with the movie officially in early 2019.

This new version focuses on Batman as a detective in his younger days, which is a big shift from Affleck's older version of the character. The choice of villains immediately conjures up thoughts of 1992's Batman Returns, although Reeves has called The Batman a 'noir' film, which is stylistically different to recent pictures featuring the Dark Knight.