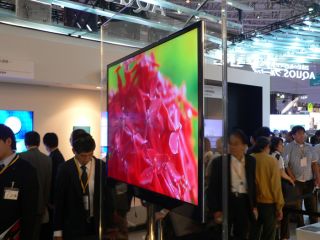 Intense competition in the LCD TV business and a downturn in the mobile phone market has forced Sharp to slash its profit forecast for the financial period just ended.

The Japanese giant told media and shareholders this week that it was lowering its previous prediction for the six months to the end of September 2008 by almost 44 per cent.

It now expects net profits for the period to be ¥25billion (£140million) on sales. It says that sales appear to have fallen to around 8 per cent lower than originally predicted.

Much of the shortfall comes from falling prices for LCD TVs as the major players scramble for market share, but mobile phones also played a part.

The introduction of instalment payments over two years has driven up the cost to customers and led to them changing phones less often, which has hit Sharp's bottom line hard.