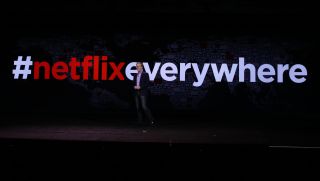 It has been a big month for Netflix. First a global launch, then the announcement that it passed 75 million subscribers, and now the video streaming firm has plans to take hold of the indie movie scene by unveiling five new films ahead of Sundance.

The indie flicks will cover different genres, from a spooky horror film called I Am The Pretty Thing That Lives In The House to a sports-themed coming-of-age tale, and will launch globally instead of in one territory at a time.

Here are the five films in full detail:

Amateur - Written and directed by Ryan Koo, Amateur follows a talented 14-year-old athlete on his transition into high school where he contends with new teammates and a tough-love kind of coach.

ARQ - What can essentially be described as Groundhog Day meets Iron Man, a scientist finds a device that can provide enough power to the entire world ... which then creates a closed time loop that causes the man to relive the same day repeatedly. Instead of bland news reporting, however, the scientist's day consists of avoiding a group of masked mercenaries that are trying to take the device away and leave him for dead.

Clinical - Clinical follows a traumatized psychiatrist as she attempts to help out a new patient with his own dark history.

Underground - Frats aren't always known for civilized behavior and rational thinking. Underground follows a student in his attempt to join a fraternity while undergoing the sometimes cruel punishments and trials his "brothers" force him to endure.

The five films will join big-budget flicks like Virunga, The Ridiculous 6 and Beasts of No Nation as self-funded projects.