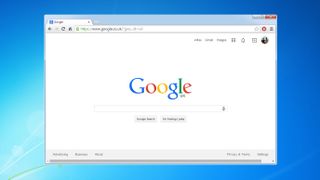 Having built its entire business around the web, it seems only right that Google would offer the best browsing experience on Windows. It has been quietly iterating and updating Google Chrome over the past year – and it shows.

Microsoft's Internet Explorer lost the user experience battle with Google Chrome long ago, as did Mozilla Firefox and Apple's Safari. In 2014, Google added syncing between devices that have Chrome, which is seamless – as is integration with Google services (especially Google Now).

As a part time Android user, having Chrome sync bookmarks and browsing information (such as passwords) from my computer to my phone is useful. Automatically syncing my Facebook password to my phone feels like the future and while it isn't specific to Chrome (Safari does it too), it just seems to work better and faster.

A myriad of extensions are also available on Chrome alongside the Chrome Web Store, which offers 'apps' within Chrome, such as Angry Birds or TweetDeck. While there are also standalone app versions on Windows 8 and OS X Yosemite, it is nice to be able to quickly hop into the app through the Chrome browser.

As a free browser that runs and syncs across all major platforms – both PC and mobile – Chrome is class leading.